BEing BEautiful - Being and doing

The direct consequence of being is doing.

And don't get me started on thank-you notes. I'm not happy with my neglect of friends and family; it's not beautiful at all.

Well, although I cannot change the past, I can decide what I do next. So, today, several loooooong over due cards. I am also addressing several envelops without filling in the cards: I'll carry those around and write something while waiting to pick up the kids, waiting in the dentist's office, whenever... 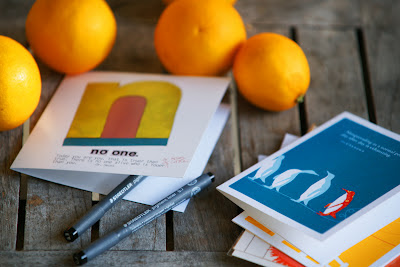 "Be" is the first part of "beauty"

Last night, sitting at the dinner table after the meal was done, my girl crawls up on my lap and we start chatting. I'm not sure where the conversation started, but it turned to a happy memory of my little, little girl, probably two years old, who had such thin, fine hair, that her piggy tails would stick out straight from her head. We were giggling about that memory and then ... and then ... is that a tear running down your shirt front, baby? What's the matter? C'mon: Tell me. I didn't mean to upset you. What did I say to upset you?

"The girls in my class all tell me my hair is so thin," she confides and buries her sobbing face into my shoulder.

Thereupon, I tried my best.

I tried to explain to this girl, since that day those newborn brown eyes gazed into mine, that she has been the most beautiful thing I have seen. That she has a radiance that shines from here to Alaska. That she has a sparkle that is captivating and an effervescence which is catching. That she has a smile that not only warms my heart, but the hearts of not a too few boys in her 5th grade (if I'm guessing right by the many enthusiastic "Hi Anna!'s" I hear). She has soul and spirit and is beautiful.

I did try my best. However, it didn't seem to take her tears away. Whatever I said didn't result in fuller hair, of course. But what I was saying didn't seem to resonate maybe for another reason. Maybe, just maybe--because our kids are super-duper perceptive this way--she didn't quite believe what I was saying, because I don't believe it about myself.

I really, really, really do not like my appearance. I can begin with my stringy, lifeless hair and end with the bunion on my foot. I can't pick a spot I don't not like. It's all just...yech. And since my most recent birthday, it has hit me like a wall. I could be very practical and consider myself a Nissan Almera, which Gizmag described as "A dull package, but that's no reason to dismiss the Almera which is practical and perfect for the smaller family who need a big boot and utter reliability." I'm perfectly healthy and pretty strong. And this all here works fine for what I do in my world. But once I step out into the world-world, yech. As a woman, I think so very much is tied up in my appearance. So very, very much of my self-worth and the value others see in me,  I think, is the body and face I carry around.

I'm beginning to find some sense behind the burka.

But this isn't supposed to be a self-pity post. I hope this goes someplace good. I have a plan. Because I don't think I am alone in avoiding mirrors.

I recently came across some information on Marie Curie, the first woman to win a Nobel Prize and one of only four people to have received two Nobel Prizes, and learned that her would-be in-laws did not think her pretty enough and, therefore, did not allow their son to wed her ("Seems smart enough, but, well, looks-wise he could do better."Was that how it went down?). (Fun fact: Did you know Hollywood starlet Hedy Lamarr, who once said, ""Any girl can be glamorous. All you have to do is stand still and look stupid," invented a frequeny-hopping spread-spectrum thing, which is used to this day in your cell phone? What a babe.) I didn't start this. I wish I could say I was unaffected by it, but how can I or any of us avoid at least a little body dysmorphia?  I don't want to be an Almera. No matter how practical an Almera is, I want to be a 1962 Ferrari 250 GTO. I don't know why. Beautiful women have their own problems. I remember being young and reasonably good-looking and all the unwanted advances that drew. That I don't miss. In it's place, however, is being overlooked in line, being directed to a table at the back of the restaurant, not receiving as much plain old common curtesy. There are studies showing that ugly people earn less.

Today, Google, with a graphic incorporating the biological symbol for "female" and a stylized flower, reminded me, that today is "International Women's Day"(because women are female and because flowers...I don't know: flowers, whatever... But it does remind me of an anecdote a friend told me years and years ago: She worked in an office in an oil drilling firm and on this particular day, a bunch of the deep-sea drilling platform guys were standing around detailing their sexual conquests from the night prior. This friend stood up and asked these guys to please just keep it down, just this once, on International Women's Day.  A couple of hours later, she received a bouquet of flowers with a note saying, essentially, "Happy Woman's Day" from those guys. Yeah, I got sidetracked...I just like that story...).

What was I saying? Hedy Lamarr--gorgeous and smart. Marie Curie--ugly and smart. Me? Gorgeous not, and smart-ish. Anna? Oh, dear child. Please, please, please understand you are beautiful. Even when you are not. I wish, wish, wish you and the rest of the world didn't give a damn about your hair or any other bit of your appearance, but would see you for your glowing spirit. Helen Keller knew: She knew that "The most beautiful things cannot be seen or even touched, they must be felt with the heart." What are the chances of feeling hearts trumping seeing (but blind) eyes?

I'm starting with the woman in the mirror. I'm starting from the top down. The very top being my spirit and then my mind and then the rest.

I'm beginning with prayer, a prayer of thankfulness that I have this Almera self to experience life. That I can immerse myself in the wonderment of existing, to look at reflections of lights, feel sun on my face, smell fresh fallen snow, touch my children's faces, taste coconut. This is where I start to become beautiful, in knowing that some amount of the universe's atoms have so arranged themselves and assembled themselves in such a way that I can be. "Be" is the first part of beautiful. So that is where I will start.

When I go along, I hope you will join me. I will have a gift for you at the end. It will take some time. Be beautiful.